Some people come to Warsaw only for that to see with their own eyes its monuments and other interesting places. Others’ motivation is after all having a good fan and they want to know night life of capital. What if we could combine those two goals by planning both visiting like also partying? If we don’t want to move by the whole city, wasting a lot of time, we can decide on visiting the objects situated in not too big distance to each others. An example of night club with great localization which is surrounded by touristic attractions is the club New Orleans.

The capital of our country is the best place on holidays. Everyone will find something cool for themselves: passionate of history and art will spend long hours on visiting famous monuments ], museums and galleries. Nature lovers will have an occasion to walking through enormous parks admiring plants and feeding animal (for example: well known squirrels living in Park Łazienkowski). Young, hungry for unusual experiences people will delight by Warsaw night life rich in elite clubs in which you can really relax and play till the morning.

Palace of Culture and Science

One of the most characteristic points in Warsaw is Palace of Culture and Science. It is a symbol of our capital which is situated now on numerous postcards and illustrations. It is also the highest building in town with loved by tourists sight terrace situated on the 30 floor what means at the height of at 114 meters! Terrace is a obligatory point of almost every trip to Warsaw and sight from it is really heartbreaking. Inside of the building there are many interesting places like few theaters, cinema, cafeterias, Universities, Museums and libraries, swimming pool, firms, institutions (for example: Polish Academy of Sciences) and well known Congress Hall. 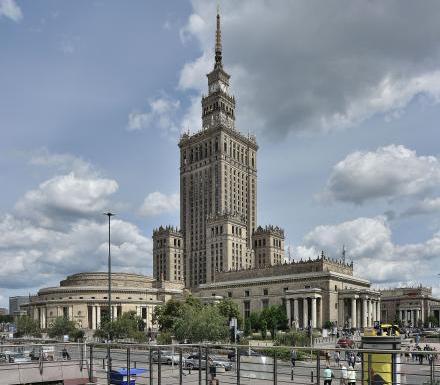 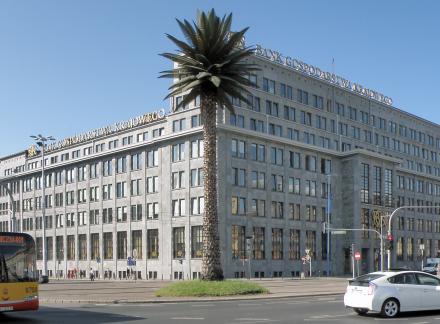 All of us could see well known palm situated on rondo gen. Charles’ de Gaulle. The artificial date palm is an artistic project of Joanna Rajkowska and it is called “Greetings from Aleje Jerozolimskie”. An artist describes her art as a party on the left. The palm was created from plastics and natural materials. It is waterproof and measures about 15 meters.

All of us could see well known palm situated on rondo gen. Charles’ de Gaulle. The artificial date palm is an artistic project of Joanna Rajkowska and it is called “Greetings from Aleje Jerozolimskie”. An artist describes her art as a party on the left. The palm was created from plastics and natural materials. It is waterproof and measures about 15 meters.

The Grave of Unknown Soldier

It is grave-monument which is designed to paying tribute for all of them who died for our homeland. The object symbolizes the greatest sacrifice. It is situated on the square marshal Jozef Pilsudzki and was created in 1925 year under the colonnade Saski Square. 2 November the same year was brought remains of soldier with no name from Lviv and there were remains submitted to the grave during special celebration. During II Worldwide War the grave was destroyed. Fortunately it was possible to build it up again soon and reveal in 1946 year. By the whole year, 24 hours a day, two people from Soldier Station stand on Honor Guard from the Representative Company of the Polish Armed Force. A formal ceremony changing of the guard take place every Sunday at 12:00. 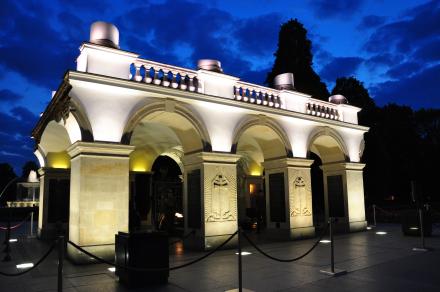 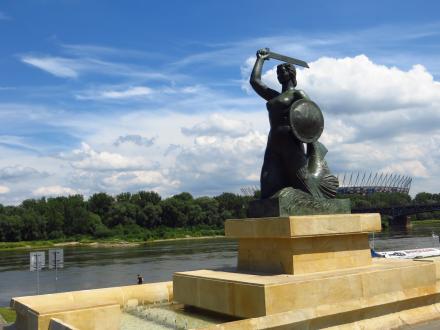 The monument of Mermaid in Powisle is situated above Vistula just next to the Most Świętokrzyski. The monument which measures 4,5 meter stand there in April 1939 year. The author of art is Ludwika Nitschowa, the person who were posing her was Krystyna Krahelska. It is the last artwork created before II World War. The figure of mermaid stands meanwhile to river gear. Meramid is presented with right hand stretched upwords holding the sword and in left hand she holds next to the breast protuberant shield on which is crowned eagle and inscription „Warszawa”.

Each of us heard about Science Center Kopernik which is the one of the most choosen attractions of Warsaw. The center is situated next to Wybrzeże Kościuszkowski 20 Street. The goal of institution is promoting and popularization of science communication. Visitors have a possibility to see expositions like „Świat w Ruchu” (which shows aspects associated with movement in physical concept), “Człowiek I Środowisko” (this exhibition concentrate on human and his environment), “Korzenie Cywilizacji” (the gallery about human civilization history and its the most important inventions such as radio, internet or film), “Bzzz!” (terms associated with nature customized for children in age to 6 years old), “Strefa Światła” (terms associated with light in physical term showed in form of criminal history in noir style), “RE:generacja”(phenomenon psychological and sociological) and “Teatr Robotyczny” (arts, where play three RoboTheSpiany). 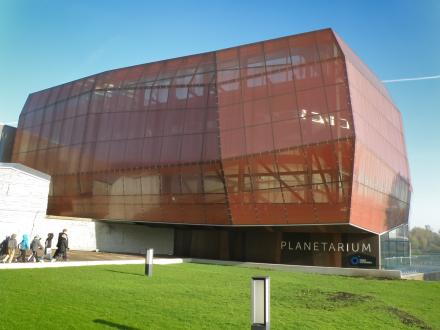 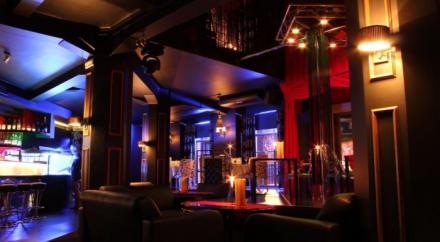 The qualities of above attractions are indisputable, one of the greatest advantages is fact that… they are situated maximum 2 km from the night club New Orleans’. When the evening will come it is worth to end visiting in that local. It is characterized by unique interior, decorations, elite climate, music played by the best Djs, delicious food, rich card of alcohols and shows of beautiful and talented dancers. Each gentlemen will spend there his time very nicely and will relax like never before. Choose the night club party plus Warsaw trip.